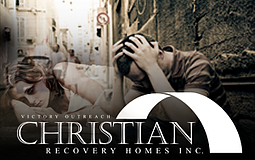 My name is Andre and I come from a background of gangsterism and drug addiction for 18 years. God has been so faithful in my life, when no one cared and everyone gave up on me God opened up the doors of Victory Outreach Christian Recovery Home for me. It is there where I began to experience the love of Christ and will never look back. It's been four years and I'm now a blessed married man of God, to my wife Alex and a father of two, Dexter and Georgina. God raised us up and we are currently leaders in our Church here in Cape Town, South Africa.

My name is Devanand Louw before I went into the Christian Recovery Home I was a drug addict for 6 years of my life. God has truly changed and transformed my life and today I am one of the youth leaders at Victory Outreach Cape Town. If God can do it for me then He can do it for you